Simon Neville
The Competition and Markets Authority said signing off the deal is better than watching Deliveroo go bust.

A multimillion-pound investment in Deliveroo by Amazon has been provisionally cleared by the competition watchdog, after the food delivery firm said it would go bust without the cash it needs.

The Competition and Markets Authority (CMA) said that, due to the coronavirus lockdown, Deliveroo had suffered heavily after several major restaurant chains, including Nandos, KFC and Pret, closed their doors to all customers.

Officials said they had previously been concerned that the 500 million US dollar (£400 million) investment round could damage competition in the UK as it emerged that Amazon was the majority investor. 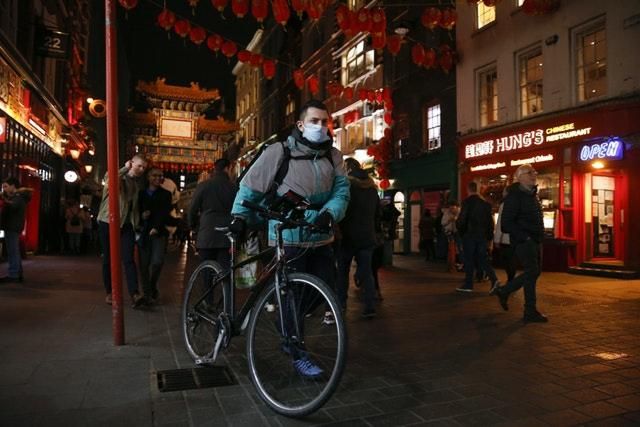 But on Friday they said the “imminent exit of Deliveroo would be worse for competition than allowing the Amazon investment to proceed”.

Following discussions with Deliveroo, the CMA waved the deal through.

It said: “The ongoing lockdown in the UK has resulted in the closure of a large number of the key restaurants available through Deliveroo, and a significant decline in revenues.

“While Deliveroo has sought to expand its supply of convenience groceries during the crisis, these sales are limited and have not made up for losses in its restaurants business.

“As a result, Deliveroo recently informed the CMA that the impact of the coronavirus pandemic on its business meant that it would fail financially and exit the market without the Amazon investment.”

Deliveroo said it would use the deal and extra cash to help with short- and long-term challenges, particularly as it looks for new ways of working amid the Covid-19 pandemic.

Since the lockdown, the company has launched partnerships with Morrisons and Co-op, along with other independent retailers to help turn corner shops and newsagents into delivery businesses.

Bosses at tech firms, including Deliveroo, have written to the Government asking for access to funding during the crisis as the impact is felt throughout the economy.

"This investment is a key part of Deliveroo’s plan to provide an even better service to customers, riders and restaurants, and, as we’re a British company, this will be a boost to the UK economy"

Earlier versions of the lending schemes left some tech firms unable to apply, although on Thursday night the Government unveiled its latest package of lending for medium-sized and larger companies in the UK to access loans.

A Deliveroo spokesman said: “We are delighted the CMA has found that Amazon can invest in Deliveroo.

“This investment is a key part of Deliveroo’s plan to provide an even better service to customers, riders and restaurants, and, as we’re a British company, this will be a boost to the UK economy.

“The unprecedented health crisis we all face has disrupted businesses across the country.”

Until the show opens: